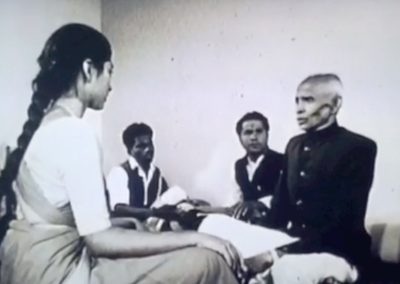 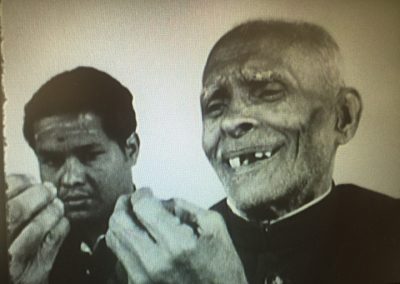 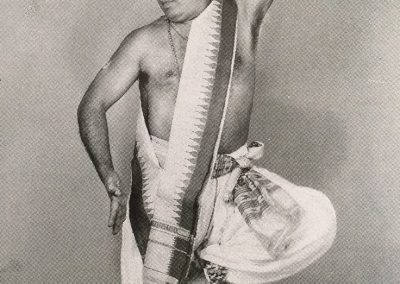 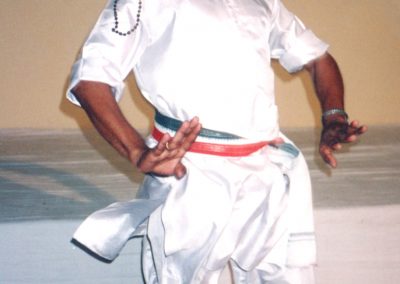 Trained at an early age in Bharatanatyam, Rajika’s main guru was Sikkil Ramaswamy Pillai.
Later, she studied Odissi with the late Guru Srinath Rauth and Guru Durga Charan Ranbir from the Guru Deba Prasad Das Gurukul, of which she is a senior member.
After several years of performing dance internationally (and in India), including a command performance for the President of Mexico, she began a career as actor playing the “Narrator /Kali/voice of several puppets’ in a Lincoln Center Theater production directed by Julie Taymor (of‘Lion King on Broadway’ fame), with music by Academy Award winner, Elliot Goldenthal.
Rajika soon started to incorporate both speaking and singing in her own danced works, and developed a form of Danced Storytelling in which she embellishes her dancing with songs and narrations in English. In 2005 she did her first solo show of what she calls “Sutradhari Natyam”, a form for which she is now best known.
Another form associated with her comes form her love and knowledge of flamenco. Started in 1998 with singer-dancer La Conja, ‘Flamenco Natyam’ refers to her collaborations with flamenco music and dance: in 2001 with south Indian classical vocalist Aruna Sairam, flamenco guitarist David Serva and flamenco dancer Clara Mora; in 2005 a solo suite: Tauromagia, choreographed in Bharatanatyam and set to flamenco music.
2005 saw her first group production: Union/Severed [Asia Society, NY], followed by Conversations with Shiva (2007) and Tapasya [2009]. Her solo show, Devi-Malika, was presented off- Broadway [The Duke on 42ndStreet, 2008]. In 2013 she devised her first full-length danced story: Eleni Of Sparta on the life of ‘Helen of Troy’, in which she sings, in ancient Greek, lyrics from Homer & the 7thC BCE poet, Sappho(Chennai, Delhi, Malaysia tour).
A degree from NYU in 1983 [under Dr Drid Williams], involved a social anthropological view of how meaning is made in movement, and led her to write and give lecture demonstrations on the intricacies of her art from a cross-cultural perspective. Her writings, including reviews, cover Indian, flamenco, modern dance – and theatre.
Rajika’s pre-show lectures on stage – at Dance Festivals and in museums – are not only popular but also quoted by dance critics and writers. As ‘Sutradhar/Announcer’ for dance productions she is the interface between audience and performer. Her workshops, too, focus on communication and on how intent can be expressed through movement.
Rajika has developed a profile as Curator for several NY dance festivals, including the Indo-American Arts Council’s Erasing Borders and World Music Institute’s Dancing the Gods. At present she serves on a nominations committee for the NY Dance and Performance Awards (The Bessies), which honours dance presented in NY City.